Brisbane Classes info
Lineage:
I've acquired interest in martial arts since young due to my poor health as a child. I've never came close in being competent in any martial art except Chen style taiji chuan. My sifu and mentor Tim Yuen has guided me patiently as I decided to give up learning Southern Shaolin after 15 years of training. Sifu Tim offered free tai chi classes back then where he taught only 2 students, including myself. For almost 16 years of training I started teaching at Griffith Queensland College of Arts to my friends, ever since then I started my own class. With Sifu Tim Yuen's wholehearted guidance in his teachings, he has made me understand the purpose of every move in Chen taiji movements. My 2 years worth of training with tai chi was equivalent to my years of training in Shaolin training. When Sifu Tim made connection with Master Chen Yingjun, the 19th generation descendant of Chen style taijiquan,  taijiquan became part of my life. It opened many doors of wisdom in understanding the reason why this fighting art is designed in this way and how it follows the principles of nature.

The spiritual side of training taijiquan is developing a habit of "letting things go" and clearing our mind from unnecessary information. From that one can look beyond form and sound. Understanding the origin of all things. Learning to deal with  anyone or any situation in the ways of nature, like water.

I've spent almost 20 years studying the art and it is the only martial art which to me is very fulfilling physically and spiritually. Not only is it soft and relaxing, but it can also be heavy and strong. One of the fascinating principles which taijiquan emphasize is the concept of softness overcoming hardness. It's only after many years of training, I soon realized and proved to myself that this concept is achievable. ​

What is Tai Chi?
In the western culture it is known as "tai chi", but as a matter of fact it is called "Taijiquan".  The name is described as "the fist (or the way of combat) of the two extreme polarities". In other words, a fighting art that follows the ways of balance (yin and yang). This slow moving and meditative exercise is originally designed by an ex-military officer in ancient China to maintain his martial art abilities and also his health. The art was effective and impressive enough that it has managed to past down 20 generations of its family. Not only that, but the art was also spread throughout the whole village ever since it was invented. We are fortunate enough to make contact with the descendant of the art, Chen Yingjun who is willing to share his family fighting art to us.

What does Tai Chi do?
The exercise helps us to learn relaxation, but funny enough to build strength at the same time!  Your legs will never feel so strong and so tired at the same time. Chen style taijiquan is about learning what is proper "frame". Frame means how are we able to position our body into a pose where the energy flows best. The better the qi (energy) flows, the stronger your execution of force and better circulation of blood in the body. However, to establish good qi flow we need strong legs, hence the wide low stances. What is a better exercise that emphasize on relaxation and building strength at the same time? 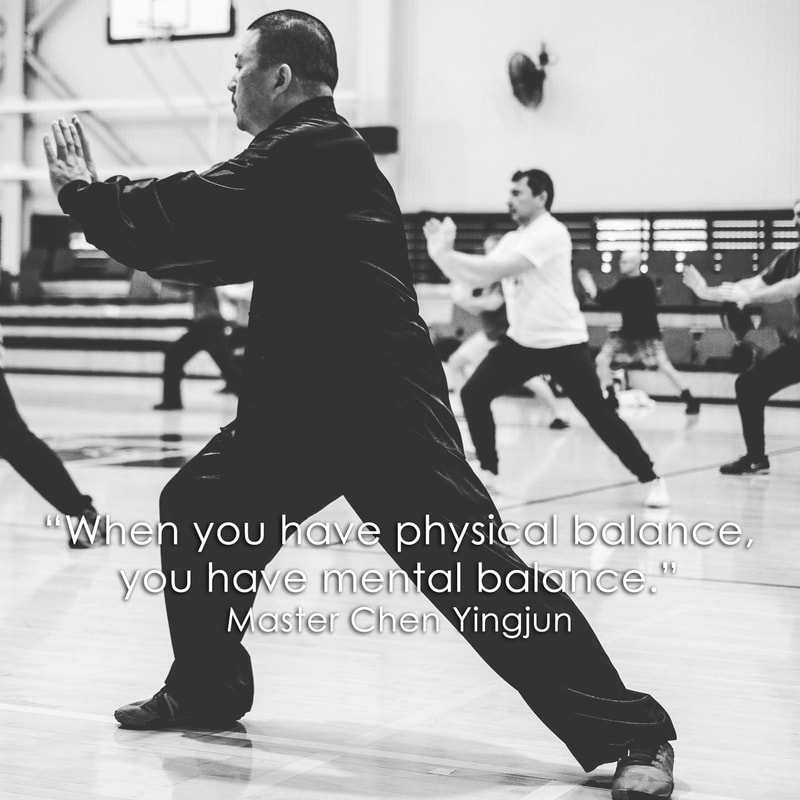